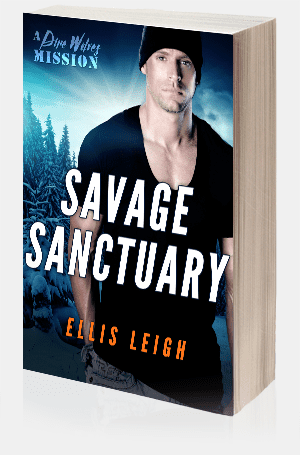 There’s no escaping a Dire Wolf on the hunt…

Even as the playboy of the Dire Wolves, Levi isn’t exactly a soft touch. He likes his liquor, his women, and his photographs…but he also has an affinity for sharp knives and claws. What starts as an assignment to investigate humans finding their way onto a pack’s land quickly becomes something darker, more dangerous, and a whole lot hotter than he expected.

Amy refuses to leave her pack behind, but living in the small town at the base of their mountain gives her enough freedom not to feel trapped. So does running the diner she owns and loves. But someone’s been watching her a little too closely, and it’s not the handsome wolf shifter who crashes into her kitchen one night looking at her as if she is the last woman on earth.

One soldier who’s never cared enough stay, one woman whose roots run too deep to leave, and a stalker with more than just peeping on his mind. In the world of the Dire Wolves, a simple mission means standing your ground and fighting to the end. But this time, a single glance blows simple right off the mountain and forces Levi to run when he’d rather stand and fight…just as long as his mate is running with him.

One soldier, one fight…one chance at forever.

Powered by WordPress and WordPress Theme created with Artisteer by Howling Scribe.